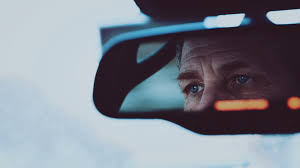 “We know the Bible speaks of sins of the fathers passing to the 3rd and 4th generations while God imbues his kindness and mercy far beyond that to those who love him and keep his commandments.”

Rosa had no experience in the world of mental health, or so she thought. She had spent her formative years studying the world through the perspective of her church and interpretations of the Bible. As you know, there is a lot in both with a lot to say about emotions and behaviors. However Rosa was taught and modelled that these were moral issues and not biological. An either or, verses, part of the same thing. Could we call it sequent variants, maybe something like genetic alleles? Or maybe something better to describe this is out there, rather than an either or.

Rosa Leticia Montoya, at this point in her development, with her own overwhelming emotions and her husband’s plummet into dark moods, felt forced into considering mental health. She did not want to go there, but here in the space of losing control, not trusting herself or Carl any more, and before she was willing to say she didn’t trust God, she was doing what was a last resort. Considering that she was going crazy was the only thing this chaos could mean.

Before she completely surrendered to the idea that biology was behind this sinister change, she had to ask, “Is this because of our parents?” She had spent her life trying to untwist the bad choices her parents had made and the consequences those choices had on her life. Drugs, alcohol, and cheating were what she had grown up with. Quietly. Hiding it in the church. Rosa there, praying a lot to live well and be forgiven. Praying that bad thoughts would go away. Praying to depend on God and not on herself, as seen through her perseverating worries ever since she was a child. Worried and worried. Not speaking of the wrong Bible-breaking life her parents wore like underwear beneath nice tailored clothes. Would she ever be forgiven? Would she ever stop sinning?

So she asked me, “What do you think?”

That’s a lot to work with as a psychiatrist. So I did what most of us do. Ran to the shelter of medicine. Whew! But there is the added benefit that God created medicine, psychiatry, and all that there is in my tool bag worth working with.

Even so, there was only so long that I could avoid the topic of God and His punishments, per her perspective. It came up every visit.

If you believe in God, at some point within your discovery of mental health, this question will come up. Rosa is not alone. Are the emotions and behaviors gone amok, such as seen in anxiety disorders and depression, secondary to moral weakness? Living with “too little” dependence on God’s power? Is it this? Or is it an “either or”, with our biology? …a matter of cellular grey matter composed of DNA-expressing pathology? And is this something evil woven into my DNA because of what parents did? Well, I’ve spent 30-some years in school and now 15+ years in practice in this space and am still trying to understand.

I’m wondering if you would help me articulate this. It’s fundamental for us in self-care. It’s not possible to be very friendly to ourselves with the dissonance.

So in our self-care question today, please answer us. What is the relationship between “the sins of the fathers” and biology? Please speak!

Self-care Tip: Pursue kindness in your belief systems toward yourself.

Thank you for speaking with us! Keep on!