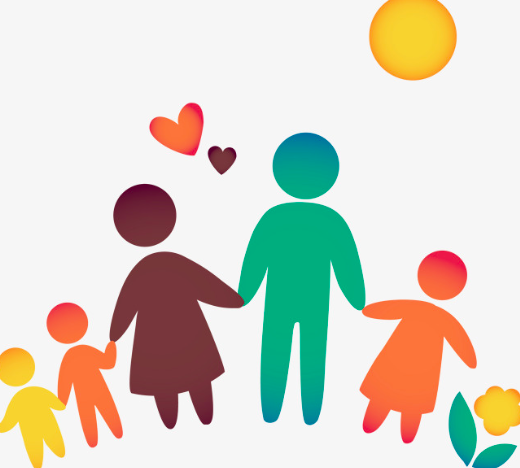 She must be in her mid-thirties, I thought. Kids – it looks like she has kids. She was well dressed, with a pleasant, kind face. Everyday Mom – a person who is easy to like, a person next door who everyone wants to be friends with.

Just right now though, she was spouting angrily, full of righteous indignation.

“And just to think that they could have easily killed him, I just could not believe it.” Her eyes were flashing. “I told them right then and there, I will never take him back to this doctor. He almost died and ended up in the intensive care for DAYS!”

The reason for the outpouring, my new patient, was sitting quietly, fondly looking on as she continued. He looked to be around eighty, which I knew was about 10 years more than his actual age. Recently diagnosed heart failure, stroke last year – this would make anyone look older.

The daughter was at the end of her rant. “So, we just decided to come straight here and find another cardiologist.” She pulled out a large binder. “Here are all his records – we want you to take over now.”

Usually I try to be understanding of my own profession and not be quick to join in the blame game. After reviewing these records, however, it was difficult not to be blunt in my judgment. Her father’s case had indeed been poorly handled – he was prescribed two medications at the same time with predictable life-threatening interactive side effects. His daughter’s diligence likely saved his life – when his mind started slipping, she had checked his blood pressure, found it extremely low, and immediately called for help.

After some painful experiences in my career, I had learned that instead of pronouncing judgment, it was best to find things to praise.

“You are quite lucky to have such a devoted daughter, sir,” I remarked. “If you are not aware, I can tell you – research shows that men with daughters live longer, so you have an edge there.”

As I was going through his medical records, I was relieved that this new patient had been scheduled into an hour-long slot – there was a lot to cover. Making notations in the chart, I asked follow-up questions – what other medical problems he had, what were his habits, when was he first diagnosed with heart disease. The daughter answered most of the questions – not unusual when the patient is elderly; younger people tend to have better memories.

Working through the records, I noticed a condition the daughter had not mentioned.

“So, the prostate cancer – when did you have that?” The daughter looked confused for a moment and then turned to the older man. “When was that, Dad? This must have been a long time before I met you.” They started discussing the possible dates – the patient did not have the best memory.

This snippet in the conversation caught me off guard. First I thought I had misheard the word ‘met’. Surely one would not use that word for one’s own father? Should I ask? Social history is an important part of the medical exam. Also – let’s face it – I was curious.

“That was an unusual word choice,” I started carefully. “So, I assume you are adopted then?”

“Oh no,” the woman answered cheerfully. “As biological as can be.”

The utter confusion must have shown on my face. She decided to have pity on me.

…. That did not make things any clearer.

“My Mom refused to tell me who my real father was – so after she died, I started looking for him. Went through as many genetic tests as I could – and I finally found him!”

There was an unmistakable triumphant note in her voice.

The patient just smiled and continued looking at her fondly.

She went on. “So, then I asked him to come visit us last year. That’s when he had the stroke. Of course he would be better off here, so I just asked him to stay and he lives with us now.”

I tried not to react. To be perfectly honest, I wasn’t sure how one would react. The commitment she described was flabbergasting… and to a father who had never been in a picture. This woman had taken a virtual stranger into her home and into her life and acted not only as a forgiving daughter but as a caregiver to an elderly man with multiple medical problems.

“Family is family,” she announced. “I am so happy I could finally be with my Dad.”

I must confess that there was a small suspicious part of me wondering if she will stick to it. The old man was not healthy and with the recent stroke needed a lot of help. After the initial euphoria of having a father wore off, would she think it too much?

On the next scheduled visit, the daughter was there, with the same updated binder. The father was looking better – the combination of optimized medications and stable home care had done wonders for his health.

On the visit after, the granddaughter had joined them. She was a bright-eyed little thing, curious about everything and intently looking at her new grandfather’s heart pumping on the ultrasound screen I was showing them. The daughter was making notes about medication changes. While I talked to the her about the home care, the granddaughter was trying to talk the grandfather into playing a game once they got home. The whole visit had an atmosphere of care and contentment.

I never asked more questions about their history. Why had the mother refused to talk about the father? What skeletons were in that family’s closet?

She probably would have told me. But it was not my place to ask. As a physician, I was happy enough that my patient had good social support.

Family is family. In this case, family that almost wasn’t.