On my mind today are the unfortunate kids I have seen in clinic. One in particular whom I have treated for several years. I now realize the horror of his situation. I’m angry at myself because I have treated him for this long and didn’t realize till last week in clinic that he was being trafficked. I now understand that other kids I work with are also. He’s suffering emotional neglect in his home. It looks like his family despises him. Last week I told his Mom that I wouldn’t see them again in clinic if she didn’t go to parenting classes. I’ve also been recommending regularly that he go to a group home until things get better. I finally heard the reason that for years, she has refused. She said, “If he goes to a group home, we’re going to be homeless.” Ouch. She and hers are living on the government support they get for “taking care” of him.

Upset, I told my husband about this form of child trafficking and he said he’s seen something similar in his profession. Whole families become homeless once their mother (government supported), dies. They don’t want her to die. It’s not the same though similar. It would be more similar if they were neglecting or abusing their mother while “taking care” of her through the dying process. That probably happens too in other families.

To make matters more complicated, I found out from my nurse, that now the government requires the families to pay part of the group home placement to offset the costs. And if CPS is called, they just ignore it. She cited one case when CPS was called 13 times, each time stating that there was insufficient evidence. Apparently the funding to CPS has also been cut down significantly.

Today in my son’s church school after collecting offering, the teacher prayed, “May this money go to help all the children who need You around the world.” I found my prayers were for these people. A handful of coins and dollars to help. And prayer.

My husband‘s friend, Emilio Russ, quit his work a couple of years ago and went to the Philippines to fight child trafficking. He started a home and school for those prostituted and enslaved kids – “My Refuge House.” When he came back with his pregnant wife and 3 kids, he didn’t have a job. But they were uncomplaining and loud mouthed with praise and hope. Many months later, my husband’s friend has a job and those kids in the Philippines still have their home and school. Wow!

Madeline L’Engle, says that we’ve forgotten how to walk on water. I’ve seen skeeters do it and I don’t think it’s that many steps away from me being able to do it. But I’ve forgotten how somehow. 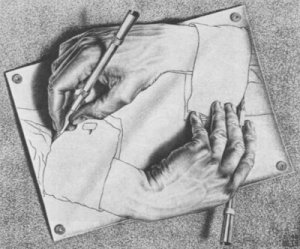 “Madeleine L’Engle understands that real art is only created when the artist gets out of the way and allows himself to be worked through, which, paradoxically, requires work on the artist’s part.”

These states of horrible suffering call for something amazing to happen. All great work, even on our own selves allows for what I call magic. Magic of letting go, but at the same time giving all your passion and muscle. I am angry at myself for not seeing what is around me. I think in this case, that is the beginning or maybe the continuation of something magical in me. I plan on getting my water feet yet.

Self Care Tip #15 – Embrace the paradox. Be a friend to yourself.