We have infinite choices in life but they aren’t necessarily the same choices. I don’t know at what age that starts making sense. It reminds me when J.K. Rowling‘s 9y/o Luna Lovegood witnessed her mother killed, which enabled her to see Thestrals. In story form, saying suffering brings sight. Choices can bring us suffering, which in turn might bring us sight. It’s true that we always have a choice but it’s not true that we can choose the same choice again. Nor is it true that we will have the same quantity of choices. 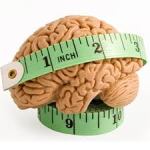 My sister-in-law Joana Johnson, neuroscientist, says we recruit more areas of our brain as we age but use less brain matter to problem solve and think creatively. We can generally multitask better than we could when we were younger although our short-term memory is less available. It is a biological example of renewed options all the while earlier options are no longer available.

Scott Anthony, president of Innosight writes, “You can’t do more with less unless you understand what more means.” Hopefully there comes a time when each of us will look into our choices daily for all they can become. Think plate of chocolate lava cake in front of you. Will we get the gift of sight? Anyone can.