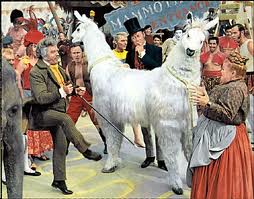 How are you feeling? If it’s not good, it might not be “you.” It might be your brain.

When you don’t feel good, look at what’s happening inside.  Think about where feelings come from.  It’s hard to use your brain to think about your brain.  (Read more at “Basic but Effective.”)  But what to do?  Doctor Dolittle‘s pushmi-pullyu’s might have been able to tell us something of our missed opportunities by not having two heads and two brains.  (Unfortunately they’re extinct!)

Feeling bad, irritable, guilty, sad, like everything is flat, nervous, emotions that are out of proportion or inappropriate to the situation or trigger?  These feelings might have nothing to do with “you” and everything to do with your brain.  At some point if you get tired of beating yourself for the holes in your purse, if you don’t understand why things feel the way they do, if you want to rest, think medical.

Fred came in with his father, hiding himself in his shirt, in his father’s shirt, like a mouse who couldn’t find his hole.  The teacher from his special education class came in to help give history and told me about everyone’s efforts to bring him out.  Skinny, Fred preferred not to eat in front of people.  He started shaking in strange situations and climaxed into a tantrum if pushed to transition too quickly.  He was vulnerable to physical contact and avoided anyone touching him.  When he was really upset, he banged his head so hard that he had to wear a helmet.  When I asked his parents if they thought he was anxious, they said no.  No he wasn’t nervous his teacher said.  Hmm.

I told Fred’s parents.  I restated to Fred’s teacher.  I just said back to them the story they had just told me.  I told them about Fred and asked them what they thought.  After hearing Fred’s story again, did they think Fred might be behaving this way because he was suffering on the inside? 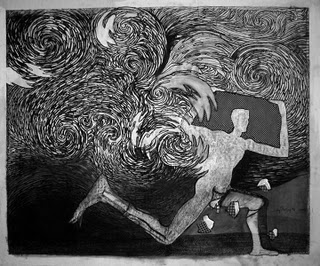 We can’t give what we don’t have.  Asking Fred to come out and play so to speak, wasn’t something he had to give yet.

After treatment takes effect, then Fred will be able to pull his head out of his shirt and he will do it without being asked to.  It doesn’t do any good for Fred or anyone else to push him to do behavioral changes if he simply can’t.  Fred is not a pushmi-pullyu.  He has no spare brain to offer when the other is ill.

I told Fred’s father that I thought Fred was suffering inside.  Something in his father clicked.  He teared up and nodded and said “Yes!  He is suffering.”  That meant a lot to Dad.  To know that much about his son.  To know that what had confounded him for so long came from somewhere.  It had a name.  This thing might be treated.  Fred might suffer less.

Self-Care Tip #76 – If you don’t feel good, think about your brain.  Be a friend to yourself.

Question: Do you every feel like you expect yourself to give what you don’t have?  Please tell me your story.