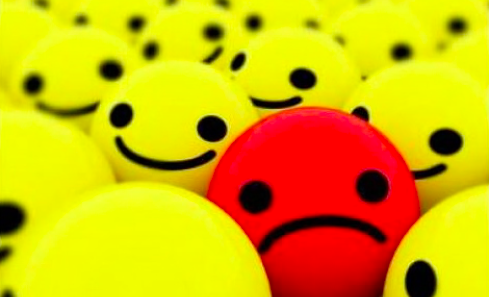 It was already close to the end of the workday in my clinic but there was still a new consult to see. It was the usual – a recent heart attack with diabetes, metabolic syndrome and hypertension. Pardon me, I meant to say – there was a new patient named Mr Lowry with the above-mentioned medical conditions.

I went through the chart quickly – some of the medications could be further optimized, blood pressure could be better controlled, the weight would have to come down. I asked the patient the usual questions – no, no recent chest pain; yes, he can walk for couple of blocks until his knees start hurting; yes, he quit smoking; no, he has not been able to lose weight. Mr Lowry answered the questions readily enough though he did not offer additional information or ask questions.

I asked him to take off his jacket and get on the exam table for a quick physical. As I leaned closer to help him push the T shirt up to listen to his heart, I could see there was writing on the shirt. I could only make out the word “today” as the shirt was riding up on Mr Lowry’s generously sized belly. “What’s written on the shirt?” I asked, curious. I received the first smile of the visit, and Mr Lowry pulled the shirt down so I could see. I DIDN’T WANT TO BE HERE TODAY, the shirt read. As I puzzled, my patient burst out laughing. “This is my hospital shirt”, he explained. “I wear this to all my doctor visits. My wife knows that it needs to be washed every time I have an appointment”.

The smug joke masked a deeper truth – my patient was trying to set his own narrative for his medical appointments. He didn’t want to be “recent non-ST-elevation MI, diabetes, obesity”. He was “Mr Lowry who doesn’t want to be sick”.

There is something freeing in naming the negative emotion. It is now out there and identified. In regards to Mr Lowry, it made it easier for me to find the motivation for lifestyle change – “you need to take your medications, lose weight, etc – so that you don’t have to see me anymore”.

Over the next day, I kept going back to the shirt. Is it somehow more powerful to elicit a negative emotion rather than positive one? Politicians certainly know that fear moves people to vote more than a desire for a positive change. The generic “you should exercise to be healthy” is less motivating than “you should exercise so that you wouldn’t get a heart attack”. It is especially motivating if the heart attack has already happened once – now the fear has teeth. When I ask my patients what is the most important thing I can do to help them, the answer often comes in negatives: “I don’t want to be short of breath”, “I don’t want to be tired after walking 10 steps”, “I don’t want to be in the hospital”, “I don’t like the hospital food”.

Few weeks ago, Mr Herkel was admitted to my hospital service. He was an epitome of a healthy 53-year old – slim, fit, didn’t smoke, exercised regularly. Part of the reason he had kept himself healthy was his bad genetic lottery – most of the men on his father’s side of the family had already had heart attacks or died by his age. And now, when he had developed chest pain that refused to go away, he anxiously checked himself into the emergency room. The type of chest pain he had was not especially worrisome – but due to the significant family history, we did a thorough workup nevertheless. His careful lifestyle had counteracted his genetics – the tests showed no heart disease. Mr Herkel’s relief was palpable. “No offense, doctor,” were his parting words, “but I sure hope I will never have to see you again!”

As for Mr Lowry, I am waiting for him to come back one day with a different T-shirt. The one that says, I DIDN’T NEED TO BE HERE TODAY.

Self-care tip: Sometimes, a powerful negative emotion may be a motivation for positive changes in your life. But you have to name the emotion first and evaluate it. Be smart.

Question: Have you had a negative emotion change your life for the better?  Tell us your story.

Like Loading...
After hearing about her enviable friendly treatment to herself, I asked our friend, Sarah McGhaugh, “What’s the hardest part of doing this on the long term vs short?”  Sarah’s answer and questions to us are so relatable.  She makes great community!  Here are her own words:

That’s a really, really good question. At first, the hardest part was mourning part of my old lifestyle. I knew I was giving up some things—not just certain foods, but certain hobbies and ways of being (i.e. sleeping as late as the children and not exercising, baking, a coffee culture, social eating, and making excuses). My best friend put it to me this way: “You cannot be a SAHM who bakes as a hobby and not expect to gain weight.” Boom.It was also hard to get into the mindset of daily weighings and—gasp—being accountable. I had to learn calories for various foods and proper portioning. Not a lot of food it felt like at first…but after a few months, a surprising amount of food if I chose to eat veggies and to eat clean.The hardest part mid-way through was a distancing of a person close to me who is very, very much into the food culture and who knows that she is overweight. We used to be into food and overweight together. The distance partly comes from this person and partly from me. Food used to be a major shared interest…and now it isn’t. Now I think we wonder what we both still have in common… But I view food as being like a drug, at least for me. It is fine in medicinal doses, but it is like being a recovering addict in many ways. I’ve had to switch cultures, to keep my mind on the right track. This person isn’t ready to make this journey. I don’t judge that: she’s just not ready. I try not to take our mutual distancing personally, and we’re still friendly.

Right now, I am struggling to switch my mindset from “losing weight” to “maintaining weight.” In some ways, it is easier for me to be in a “losing weight” mindset than it is to be in a “maintaining weight” mindset…if that makes sense. Long term, I am scared of losing control over myself again. There is part of me that knows I won’t, because I have educated myself now about food and calories. The documentary Forks Over Knives has been huge for me, as well. But part of me knows the potential is there for a relapse, and I live with that every time I come downstairs to do dishes and feel the tug of my past late-night snacking habit.

The challenge long term is also to keep goals ahead of me. I do best when I have something to work for. I met my weight goal, but now what? I have been thinking about focusing on strength now, and performance. I have to stay hungry for achievement, versus being hungry for food.

Questions:  How about you? What have you found to be the biggest challenges long and short-term?  Please tell us, also, what is your story.  We need to hear.

Sarah McGhaugh is the auther of blog, birdinyourhand, where she describes herself as, “a teacher, entertainer, four star general, and nurse: in other words, a mom.”  Too cute!  She is also my friend :).  Thank you Sarah for engaging with us.  Keep on.

Turning forty in a couple weeks here folks.  Grateful.  Have been pressing into the pleasures to be had from listening to a nearly constant stream of audible fantasy, sci-fi and fiction novels while jogging the new trail stretch from Rancho California Road to Winchester Road, between Diaz Road and the creek.  Or other places.

I’m jogging more, thanks to both reducing to basics and the pairing of symbiotic pleasures.  The novels are really just not enough to capture my time and energies of my current psyche’s journey.  Nor is jogging! Snore!  But pair those babies up and bam!  Pleasure.

Question:  What are you doing lately to be a friend to yourself?

Self-Care Tip:  Pare, to improve pleasure and friendly behavior toward yourself.