Self-Care Tip #140 – Push for full treatment response.  Be a friend to yourself.

Frankie was 45 now, feeling it, and feeling grumpy.  “I’m on Lexapro!” she said as if that should exempt her from her present condition.  She had teenagers.  “Enjoy these times when your kids are young.  It just gets worse!”  Frankie thought that if her kids weren’t stressing her out, she’d be fine.

Maybe parenting and other life-stressors do get worse as we progress through years.  Even if it’s true, it isn’t the point.

Frankie told me that she had felt “normal” until the last approximate four weeks when she wasn’t able to let stress go.  She was taking things personal, even when her mind knew they weren’t about her.  She didn’t like herself as much and was angry when she thought that her kids were thinking the same thing about her.  She was just a little angry.  Not like she was before she was taking medication.  “I’m not so bad.  I’m ok.  I’ll be fine.”  About 70% of Frankie believed that she was still good.  About 30% of her knew at some level that she wasn’t.

“Frankie, stress is always going to happen.  It won’t get better necessarily when your kids move out.  Life will keep the spin on.  Frankie, the difference can be in you, not life.  How you cope can be different.  Things don’t have to feel that hard to get through.”

We talked about partial treatment response and what that meant in regards to disease progression.  Depression progresses as does anxiety as disease processes.  Also, people lose response inconsistently to various treatments.  However, it is not the time to throw our hands up and say, “Bummer!  Life really is harder on me than necessary!”  It is the time to say, “This is medical.”  And explore if there are any other things we can do to improve treatment response and decrease disease progression. 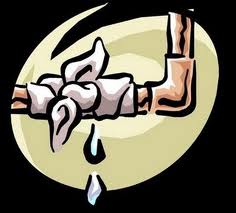 Leaving ourselves partially treated is leaving a leaky pipe in the wall of our health structure.  We will worsen faster, more dramatically, and be harder to treat in the long run.  We will lose treatment options over time simply by not doing as much as we could earlier than later.

This is not to say, that if this blog-post finds you at a “later” position in life, that it is of no use.  Unless that’s how you see your future.  Which if true, I’d respond that this is distorted thinking.  Possibly secondary to the disease process and all the more reason to get treatment, again, sooner than “more” later.

I was so happy to have had this brief discussion with Frankie because it resonated with her.  Her approach to her self-care tweaked and she saw her negative emotions and behaviors were coming from her condition more than from the chaos around her.  She made friendly choices to heal.  Medically heal.

Later in our treatment together, I asked her about how her kids were.  Frankie brightened up with stories of their successes.  I asked further if they were stressing her out, and she looked at me like, “Why in the world are you asking me that!?  That’s out of left field!”  She had already forgotten that she had held them responsible for her feelings not too long ago.

Question:  What barriers have you been up against to get full treatment response?  Please tell me your story.